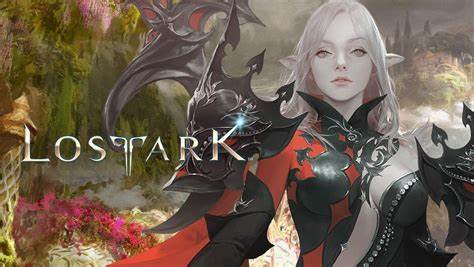 MMORPG Lost Ark might become one of Amazon Games’ main rivals after they released New World. The English version which is handled directly by Amazon has finally been launched. The MMORPG game similar to the Diablo series entitled Lost Ark has finally been released on February 11, 2022 on PC.

Although the Lost Ark has been available in Asia for quite some time. However, this game has just been released in other countries around the world. The number of Lost Ark players in the West skyrocketed when it was released even though the game still lags behind the Korean version.

Glaivier is a new advance class for Martial Artists in the Lost Ark. This is the first class that has been released in April. Just like other advanced Martial Artist classes, Glaivier is a fast, heavy-combo class. Glaivier decisively slashes his foes with two weapons: a spear and a glaive. Each weapon has a different use on the battlefield.

Destroyer is the second advance class of Warrior to be added in Lost Ark. This class will be available to all players in May. The Destroyer is a giant hammer-wielding behemoth. Destroyer deficiency in speed, replaced with a thin attack power. The destroyer can render enemies defenseless thanks to its powerful AOE attacks, ground smashes, and the ability to manipulate gravity.

Lost Ark is like most other MMORPG games that pamper the players with the game’s beautiful graphic design and players are also free to explore the entire map. But the difference is, although the visual graphics of this game are so stunning, the minimum specifications for this game are not too high, where often games with good visuals have very high minimum specifications and end up making it difficult for the players.

So with the consideration of high visual graphics and low minimum specifications, players can of course enjoy playing this game optimally.

The class selection in this game is very diverse, Lost Ark provides 5 different classes, namely Warrior, Mage, Martial Artist (male and female), Gunner (male and female) and Assassin. Each class has an advanced class that we can choose at the beginning of the tutorial.

With this feature, players are excited and compete to grind up their character’s level, doing missions or quests, finding more Lost Ark Gold or also Lost Ark items that dropped by killing some monsters. Just by doing so their character able to become the strongest when compete on PVP.

Players also compete to enrich their character by finding some marketplace that seliing the cheapest Lost Ark Gold such as p2pah. It is because with more gold, you can improve your equips for the character.

The main story of the quest in this game is to find the lost Ark to eradicate the demons. In addition to that story, the stories given are very diverse, there are also various side quests that we can do to get items and exp. The features provided are many, such as the pet system, mount and skill tree.

In terms of music, the music provided by this game is very varied and the sound effects are very impressive. The variety of background music for each map, player conditions such as when hunting or when in the city, of course, can provide added value for this game.

Meanwhile, in terms of gameplay, the gameplay is similar to Diablo 3, where players can explore maps and dungeons to hunt and grind character levels, or hunt for drop items.

At the beginning of the game, you are faced with a tutorial and a fairly long story to get to the first city, the battle itself is very satisfying, I really like the effects and sound effects when fighting.

This game does not use too many tactics in killing its enemies. When dealing with ordinary enemies or monster, I don’t think it’s too difficult. We can also get Lost Ark items that dropped by monster by doing so, of course it’s a normal or common drop items. But when dealing with the boss, try to avoid attacks, because the boss has an attack area that we can attack and if we are hit by attack damage from the boss, of course the damage is greater. Avoiding skills have a cooldown, the rest is just how we choose the skill tree that can make our character strong. By killing the boss, you may get better items drop.

Those were all reviews about some of the Lost Ark game updates, game features, and some of my brief experiences when playing the Lost Ark game. Hopefully it can add to your insight about this game and enjoy playing!